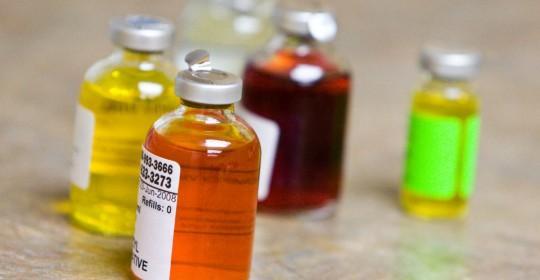 At the Golden Center for Integrative Medicine, we have proven protocols for safely removing mercury, lead, and other toxins, which is a giant step toward symptom improvement and better health.

Chelation therapy is a mainstream treatment used to treat heavy metal poisoning. However, the term is also used to promote an alternative therapy that is supposed to treat heart disease, cancer, and other conditions. It most often involves the injection of ethylene diamine tetraacetic acid (EDTA), a chemical that binds, or chelates, heavy metals, including iron, lead, mercury, cadmium, and zinc. The term “chelation” comes from the Greek word chele, which means “claw,” referring to the way the chemical grabs onto metals. Chelation therapy is one of several effective treatments for lead poisoning.

Chelation therapy using EDTA has been approved by the U.S. Food and Drug Administration (FDA) as a treatment for lead poisoning for more than forty years. The human body cannot break down heavy metals, which can build up to toxic levels in the body and interfere with normal functioning. EDTA and other chelating drugs lower the blood levels of metals such as lead, mercury, cadmium, and zinc by attaching to the heavy metal molecules, which helps the body remove them through urination.

Because EDTA can reduce the amount of calcium in the bloodstream, some practitioners suggest chelation therapy may help reopen arteries blocked by mineral deposits, a condition called atherosclerosis or hardening of the arteries. They claim it is an effective and less expensive alternative to coronary bypass surgery, angioplasty, and other techniques designed to unclog blocked arteries.

Chelation therapy has also been promoted as an alternative treatment for many unrelated conditions, such as gangrene, thyroid disorders, multiple sclerosis, muscular dystrophy, psoriasis, diabetes, arthritis, Alzheimer’s disease, and the improvement of memory, sight, hearing, and smell.

Some alternative practitioners further claim chelation therapy can be used as a cancer treatment. They claim it can remove “environmental toxins” from the body and block the production of harmful molecules called free radicals that can cause cell damage.

How can chelation improve your wellness?

During an EDTA chelation therapy treatment at the Golden Center for Integrative Medicine, you relax in a recliner while EDTA is slowly administered through an IV. Individual treatments last an hour and a half to three hours, and a complete course consists of 30 treatments, administered several times a week.

Although most conventional physicians do not use—or know much about—EDTA chelation, it is a safe, effective, and proven therapy. During the past 50-plus years, more than a million patients have been treated with EDTA for a wide range of circulatory problems. A review of 40 published and 30 unpublished studies involving over 25,000 patients who underwent EDTA chelation demonstrated that 87 percent benefited from this therapy. It has given heart patients an alternative to invasive procedures and enabled those with peripheral artery disease or neuropathy to increase their walking distance. Chelation also helps alleviate angina, reduce high blood pressure, and spare limbs from amputation.

Get the Mercury Out

Mercury is a highly toxic heavy metal that presents a serious concern in our modern world. Combined exposure from environmental sources, some species of fish, and amalgam fillings has driven up the body burden of mercury to dangerous levels in some individuals. Because mercury toxicity can cause a wide range of symptoms, at the Whitaker Wellness Institute we test the mercury levels of our patients who suffer from depression, anxiety, memory loss, chronic fatigue, and other signs and symptoms of toxicity. Treatment involves the use of chelating agents to safely remove mercury from the body.

The Benefits of Chelation

Virtually any condition in which heavy metal toxicity or poor circulation are contributing factors can benefit from EDTA or mercury chelation. These include, but are not limited to: